I recently got my quarterly royalties statement and was surprised to see that one of my older books, Daddy Issues, sold more copies than any of my other titles.  I shouldn't have been surprised because Daddy Issues is probably the most popular title I've written. Every year, I manage to sell a few copies. Clearly, people like it. My book sales aren't anything significant enough for me to quit my day job over, but it's nice to see that people are reading my work. I write because I have a story to tell and because I want to share those stories with others. I'm not writing to get rich. (I wish I could get rich from writing!)

But back to Daddy Issues. I was up until around 1:00 this morning rereading Daddy Issues. (I'm off from my day job today because I, unfortunately, have to have a root canal this afternoon.) I enjoyed reading Daddy Issues again and I'd forgotten some of the things I'd written in that book. I normally don't go back and reread my books, but I probably should. There were a couple of errors I found in Daddy Issues that annoyed me. One error I noticed was one character sitting in a chair and then leaping up from the couch. (Did he change seats and I just didn't note this?) I think I did a good job of maintaining the voice of Jason, the main character. He's very funny, kind of nasty, and self-deprecating. One of the things I love about Daddy Issues is that it's sleazy. The story of a guy sleeping with his mother's boyfriend isn't exactly uplifting, but that's the story I wanted to tell. I went back to see if I had written this book while I was still living in Philadelphia, but I didn't. I actually wrote it while I was living in Brooklyn, but I would go back to Philly from time to time, so I wasn't far from the area. I doubt I could ever recapture the voice of Jason. What would he be doing now? I wrote Daddy Issues around 2013 so seven years would have passed. Jason would be 31 in 2020. Would he still be with Jared? (Probably not.) What happened to his cousin Carmen? What about his mom? Did she ever find Mr. Right? And what about Paul? A lot of questions, but not a lot of answers. 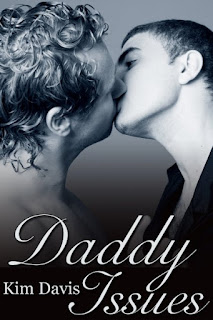 It's All Over But the Shouting (for Me)

It's all over but the shouting for me now. I voted today and I'm glad to have done my civic duty. I masked up and went to vote. The polls weren't very crowded and I was able to get in and vote without waiting in the rain. Thankfully I live in a state where I can vote early. We have to be the change we want to see and voting is part of that. I hope everyone is able to get out and vote at the polls or by mail. This is democracy in action, folks! 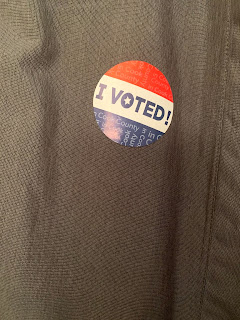 I have to mentally check out from what's going on in the world from time to time because it's all so exhausting. One way to do this is to watch mindless stuff on TV. Lately, I've been watching kung fu movies on Tubi. I'm a particular fan of karate movies from the 1970s and early 80s. I can watch that stuff all day. The bad dubbing, the British voices coming out of Asian mouths, the extreme sounds for every body blow inflicted...it's all music to my ears.

I've also been watching Cobra Kai and Selling Sunset on Netflix. Cobra Kai is great. I never even saw The Karate Kid all the way through, but I feel like I don't need to since they show shots from the movie on Cobra Kai. Selling Sunset looks and feels like one of those Bravo real estate shows that focuses more on the lives of the agents rather than on the properties they're supposed to be selling. Selling Sunset is a hot mess, yet I keep watching because I need something to take my mind of of Donny and Covid. What kills me about the show is that some of these women (the agents) just can't seem to mind their own business. Why does one woman care that another chick's boyfriend is more than ten years younger than she is and doesn't seem to have any money? MYOB, lady! Personally, I was more concerned that the dude needs subtitles whenever he talks because no one can understand what he's saying otherwise. I don't recall what country he's originally from, but without those subtitles, I'd be lost with this guy. Listening to him reminds me of when Donny's wife was on tape talking about immigrants being "teached" to behave a certain way in order to try and gain citizenship. Someone should have "teached" her that this isn't a word.

So Much for That Teachable Moment

When the news came out last Friday that Donnie and spouse had contracted Covid, I hoped he would view his condition as a teachable moment. How wrong I was. Rather than learning from the experience and taking responsibility for hosting super spreader events, Donnie turned his Covid diagnosis into an opportunity to bloviate about his favorite subject: himself. He learned nothing. He's the same selfish SOB he was before he was diagnosed. He got the kind of medical treatment most Americans will never receive. Where were the drug cocktails and helicopter rides to and from the hospital for my uncle and great uncle who both passed away earlier this year from Covid complications? Where were these kind of services for the over 200K Americans who have died from Covid this year?

In other news, I watched the VP debate Wednesday night and was glad that my pressure wasn't up after watching it (as it was after that disastrous POTUS debate a week earlier). I figured it wouldn't be the shit show the POTUS debate was because Pence and Harris know how to act. Harris held her own and Pence solidified that he's sold his soul to Satan. Moving on.

What is going on in my home state of Michigan? Militia thugs are trying to kidnap the governor? Some folks are nuts. I hope all of those yahoos get the book thrown at them. When I saw their pictures, they looked like the Duck Dynasty rejects I assumed they would.

Less than a month until election day, folks. Let's all vote either by mail or in person and get Donny and these nutjobs out of the White House.

The Boys in the Band

I watched the Netflix remake of The Boys in the Band over the weekend and liked it a lot more than the original movie from 1970. I tried to watch the 1970 version some years ago and couldn't make it past about 40 minutes. Too much bitching, too much mincing, too much ugh. I had to turn it off. (Sorry, not sorry.) Everything doesn't work for everyone.

The new version certainly has better looking actors. (Hey, Matt Bomer.) While I liked the remake better than the original, I had some issues with it also. 1. Jim Parsons: he just didn't work for me in this role. I didn't believe for a minute that he was Michael. That Texan accent and his general way of being just didn't fly for me as Michael, the closeted Catholic. 2. Brian Hutchison: He looked too old to have been Parson's college roommate. I know Parsons plays younger than he really is, but they should have had an actor who looked younger. He looked like maybe he'd been Jim Parsons's college professor.

Now for what did work: 1. Matt Bomer and Andrew Rannells hooking up. (Who knew? I didn't!) Their brief (too brief) sex scene was muy caliente. This one caught me totally off guard. I had to watch it twice and will probably go back and watch it again. Matt is, well, Matt. He's lovely. (Did I mention I met him April 4, 2011 in New York? I'm sure I did!) But Rannells surprised me. I like Andrew Rannells. I bought and read his book Too Much Is Not Enough and enjoyed it and I like seeing him interviewed. He's funny and tells great stories, but he doesn't do it for me in THAT way. (Again, everything doesn't work for everyone.) But seeing him and Matt together was great. Andrew had more chemistry with Matt in The Boys in the Band than he did with his real-life partner, Tuc Watkins. (Sorry, but they did!) 2. The cast: Parsons aside, I thought all of the actors did a great job. Quinto, Hutchison, Carver, de Jesus, Washington, Watkins, Bomer, Rannells all were great. I wish I had been able to see the play on Broadway, but that didn't happen. 3. Ryan Murphy: Say what you want about Ryan Murphy, but he knows how to shoot a beautiful man. I have issues with a lot of his stuff, but not with the way he shows good looking men like Matt Bomer and Finn Wittrock. He knows what's he's doing.

Thoughts and prayers to Donny and spouse. I hope his Covid crisis is used as a teachable moment for him. Maybe he'll learn that ignoring CDC guidelines and mocking those who do adhere to them aren't good to do. Then again, this is Donny we're talking about...a man who fails to acknowledge any of his own awful behavior but is quick to accuse others of behaving awfully.

Is anyone really surprised by his diagnosis? I'm surprised it took this long. Given his age and other underlying health issues, it amazes me that he ignored the rules for staying safe, but when you think you're invincible and believe you have supersonic genes or something, I guess you can convince yourself that you won't get sick. Delusion is a powerful thing.

I just watched the first presidential debate and all I can say is what the fuck was that? A shit show, I guess, is the best way to describe it. Donny was out of control, Chris Wallace was useless as the moderator (but he does work for Fox, so expectations were low), and Biden tried to hold his own, but he wasn't great either. I weep for our country. Is this the best we can do? Apparently. God help us all if Donny gets another term. The guy is nuts. He can't even control himself enough to allow someone to provide a 2-minute answer to a question without interrupting. What a waste of space and what a waste of time this debate was. I don't need to see any others. I've had enough. My pressure was up after watching this. I will watch Pence and Harris because they both know how to behave in a debate, unlike Donny.

During the post-debate analysis on CNN, Van Jones was moaning about Donny's refusal to condemn white supremacists. I don't know why he was so shocked by that. Hasn't he been listening to Donny for the last three and a half years? He depends on those folks for votes and he believes that they believe. Why would he condemn them??? Stand back and stand by? Break out the white hoods and sheets, guys! Get the tiki torches ready! Pathetic. November third can't come soon enough. 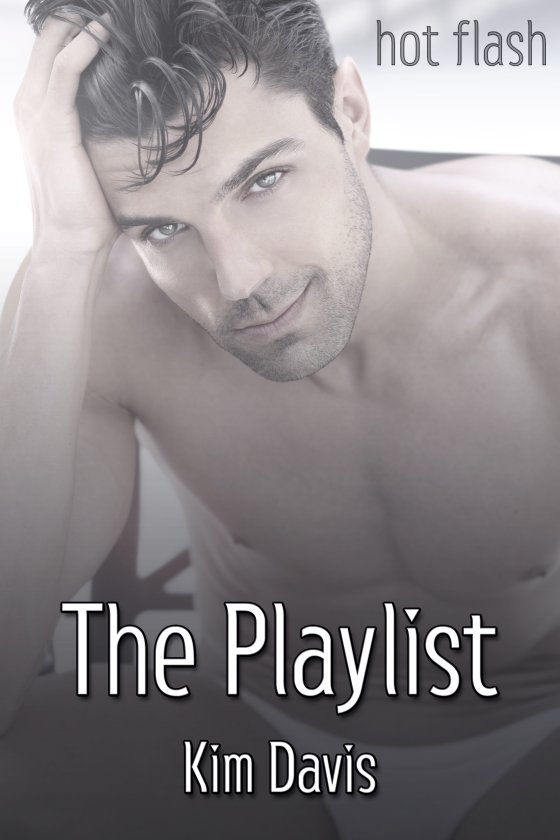 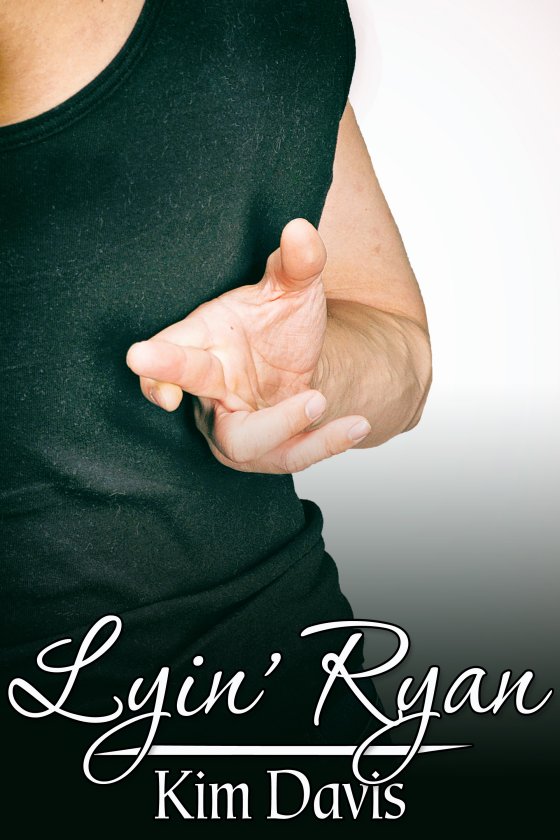 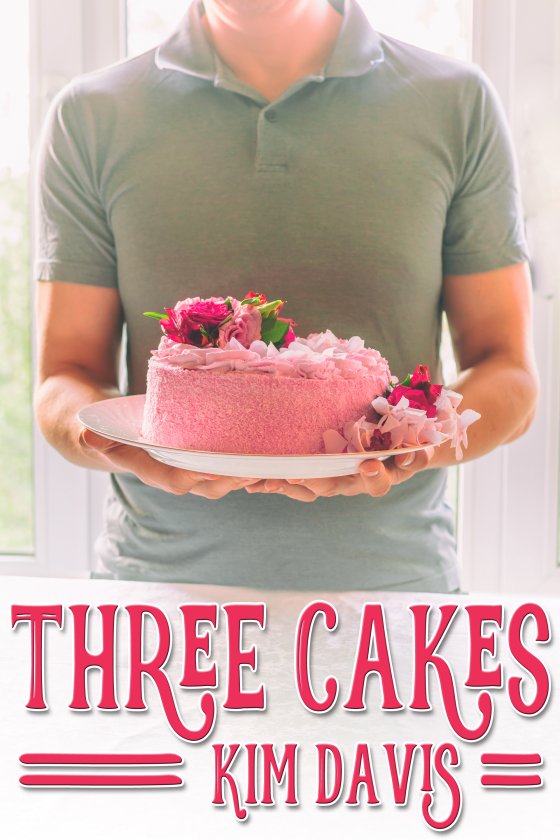 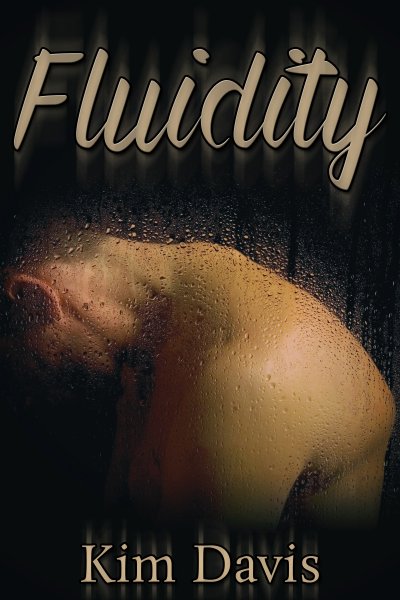 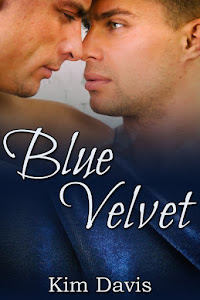 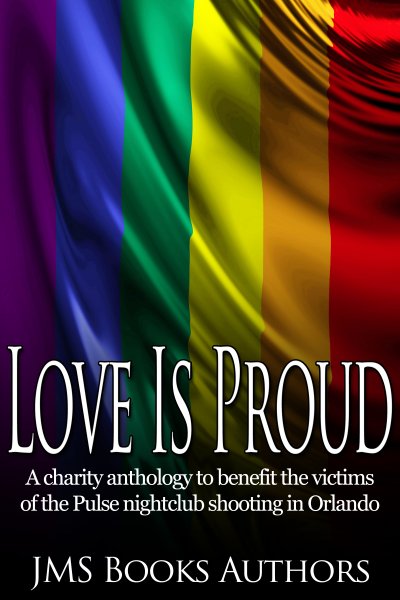 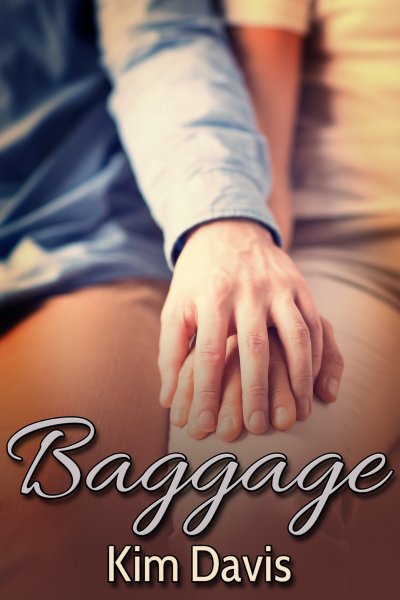 There Will Be Cake 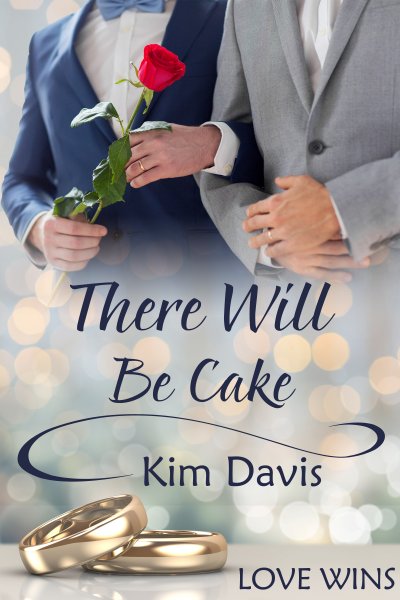 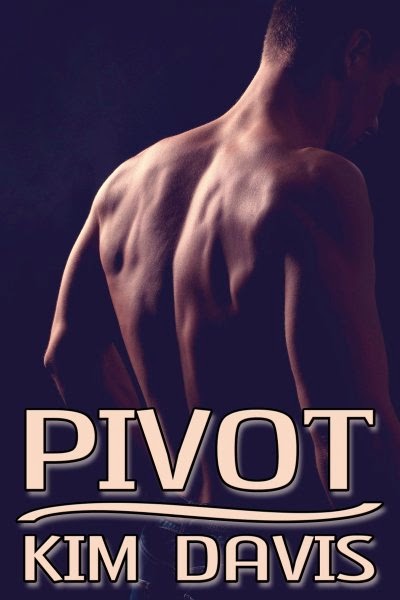 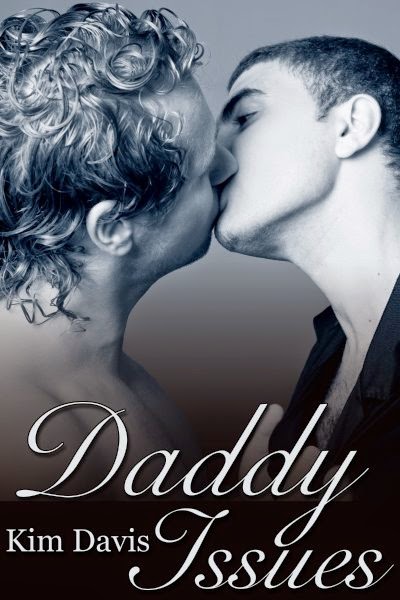 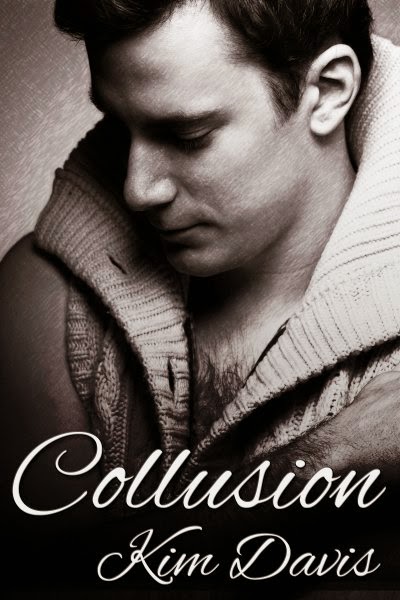 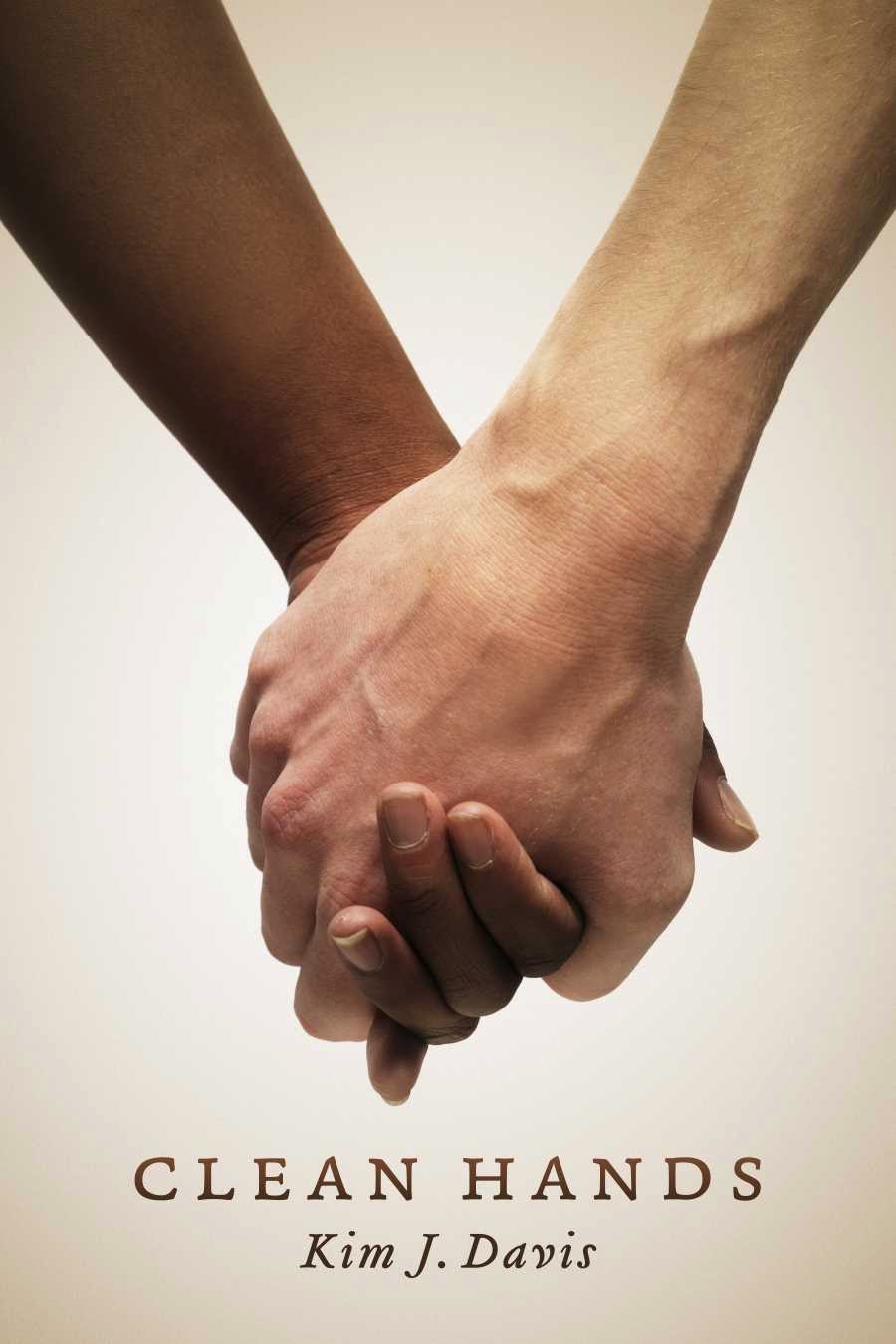